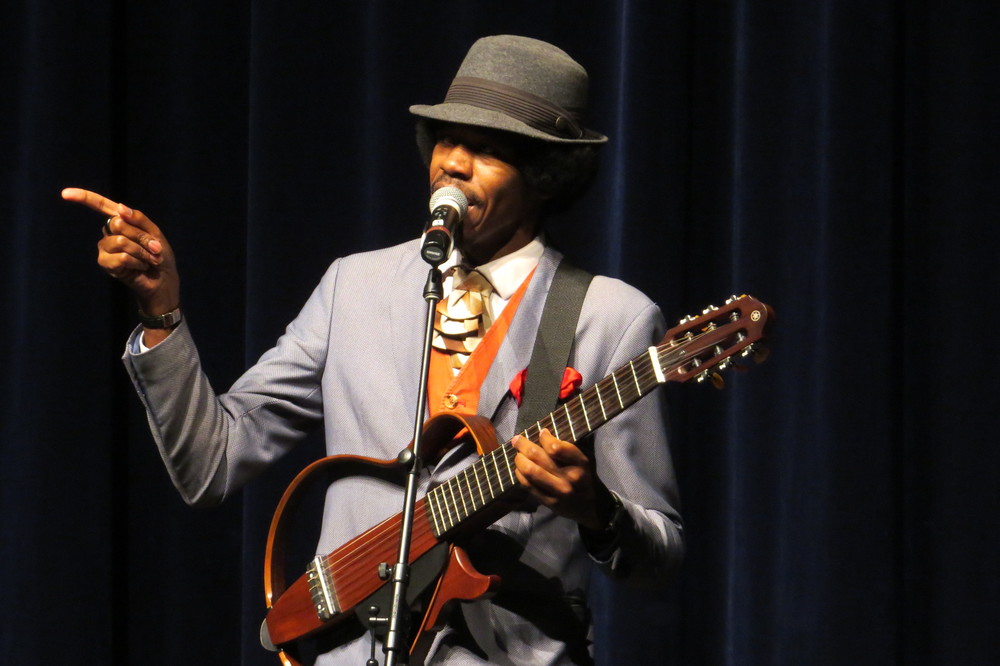 It was an exciting morning for Wheeling Park music students as they met with Grammy-nominated musician Christylez Bacon and American composer Even Meier to discuss collaboration and the creative process!!!

Migrations in Rhythm: A Concerto for Beatbox and Rhyme was written by Meier with beats and lyrics by Christylez. The work was commissioned by John Devlin, music director of the Wheeling Symphony Orchestra. Migrations combines elements of beatboxing and both pre-written and freestyle rap verses within the context of an orchestral concerto. The concerto provides a musical setting for Christylez’s storytelling and virtuosic rhythmic explorations in the styles of hip-hop, Agbadza, ring shout, rumba, New Orleans jazz, funk, Bossa Nova, and go-go. Christylez displayed his talents in the areas of rap, beatboxing, electronic looping and spoon playing, and he improvised a freestyle cadenza. Patriot students truly enjoyed this unique project which examines the way that the United States has been a point of musical intersection for different cultures.

Christylez Bacon (pronounced: chris-styles) is a Grammy-nominated progressive Hip-Hop artist and multi-instrumentalist from Southeast, Washington, D.C. As a performer, Christylez multi-tasks between various instruments such as the West African djembe drum, acoustic guitar, and the human beat-box (oral percussion), all while continuing the oral tradition of storytelling through his lyrics.

Opera has been a major focus of Meier’s compositional output. His one-act chamber opera, The Last Act of Revolution, was presented by New York City Opera’s VOX Festival in the fall of 2012, and it was premiered earlier that year by the University of Maryland Opera Studio. The New York Times described the opera as having “a very polished feel…the music firmly rooted in the drama.” Beginning in 2013, Meier was selected as a Resident Artist with the American Lyric Theater, as part of the Composer/Librettist Development Program.