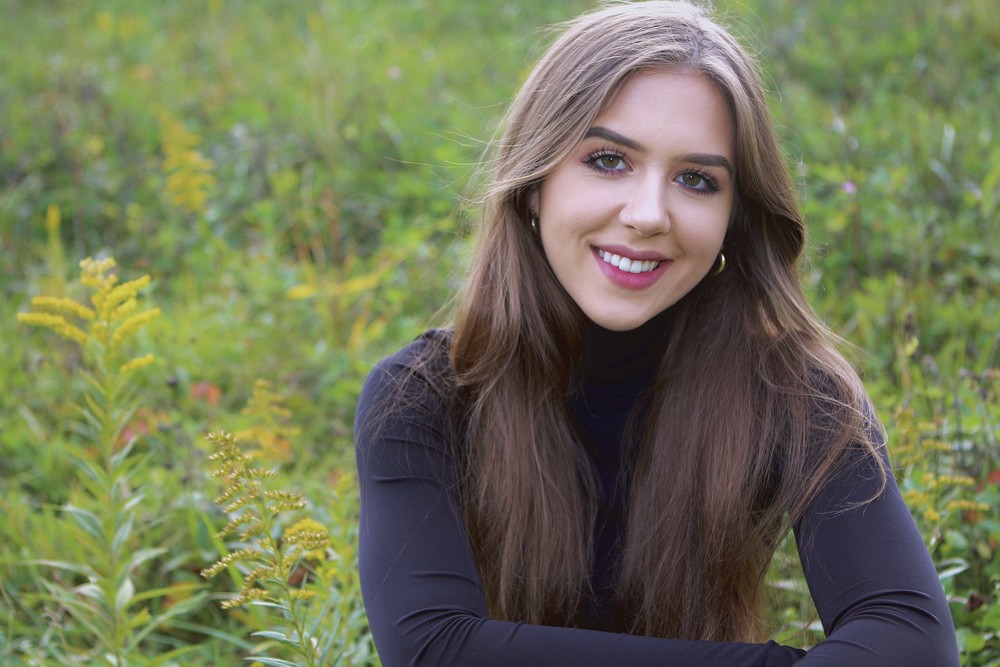 Heil graduated from Wheeling Park High School in 2021, and she’s now a sophomore at West Virginia University. She’s majoring in philosophy in the pre-law track, and her goal is to one day be a federal defense attorney.

It’s an exciting time for Heil in Morgantown. She is a student mentor in the WVU Honors College. Heil is also involved in the WVU Research Apprenticeship Program where she is working with the new WVU Policy Institute to gather extensive financial data on West Virginia public and private institutions. She truly enjoys being a Mountaineer.

“I’m having a lot of fun,” Heil said. “I co-teach a class with a co-mentor. We teach a first-year honors seminar, and I advise the students on how to navigate college. We dive into teaching them about what honors college is all about and what programs they offer.”

Heil attended Steenrod Elementary School and Triadelphia Middle School before attending high school at Park. She said she received an excellent education in Ohio County Schools, and she believes Wheeling Park prepared her well for college.

Heil said being a member of the Wheeling Park Speech and Debate Team was especially beneficial to her. She has tremendous respect for her coaches Kayla Nelson, Bill Cornforth, Brigitte Mazure, Isabella Droginske and Jen Mathieu.

“Speech and debate taught me to be a disciplined student,” Heil said. “It really helped me prepare me for the college workload. We had strict deadlines, and I couldn’t fall behind. There was no room for slacking. It shaped what I want to do with the rest of my life.”

Heil said she is grateful for the opportunities available to her in Ohio County Schools and Wheeling Park High School. She said her College at Park courses put her well ahead of her peers at WVU.

“It definitely prepared me for the next level,” Heil said. “I was able to get half of my general education courses done before I got to WVU. Steenrod helped me get my basics, and at Triadelphia I was able to do more extracurriculars. I joined band and jazz ensemble, and that helped me to get over my fear of performing in public.”

“I think Ohio County Schools is light years ahead of West Virginia counties in terms of academics,” she added. “That is from talking to my peers. There’s so much you can do. The possibilities are kind of endless.”