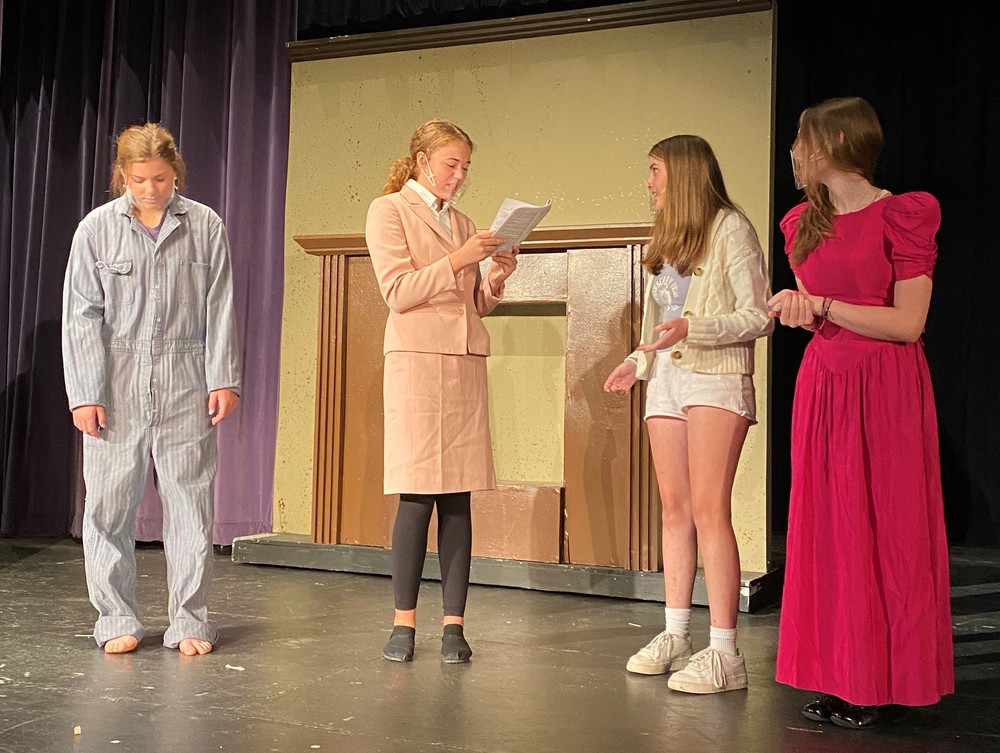 Freshman Plays to be presented at Wheeling Park High School

The plays, Cinderella and The Substitute Fairy Godmother by Ed Monk and The Greek Mythology Olympiaganza by Don Zolidis, will provide an evening of fun entertainment for audiences of all ages.

Three battling narrators attempt to cover the entirety of Greek mythology using audience participation, togas, and general theatrical insanity, in The Greek Mythology Olympiaganza. Creation myths such as Pandora's Box and Cronos and the Titans jostle for space with other famous myths like Jason and the Argonauts (the original Super Friends). Culminating in a heart-pounding, five-minute version of The Iliad, this fast-paced, free-wheeling play is wild, silly, and a complete blast for all ages.

Mrs. Isabella Droginske directs the plays and also teaches the Introduction to Speech and Theater classes. A tradition in the Fine and Performing Arts Department, the “freshman plays,” as they are known, allow incoming freshmen the opportunity to develop their acting skills.  Freshmen plays are presented once each semester.

Tickets will be sold at the door for $5 general admission.